A quick update on the Dark Child sequel…

Well, I’ve had my agent, and my publisher, and a number of you lovely readers all harassing me…and I finished the Dark Child sequel at the beginning of February! It’s now with an editor who is in the process of picking it to pieces and writing me a long report of all the things I need to fix before you read it. 🙂

I was spending so much time writing in January as I raced to the finish (meaning, as my publisher deadline was approaching) that I’ve been feeling at a loose end for the last couple of weeks. I can’t wait to get into these edits; I’m suffering from keyboard withdrawals! Or maybe it’s just that I want to spend a little more time with Kat, Alek and Amarok – and my wonderful new characters, Ben and Yara, who you’ll be meeting very soon. After living in their world for the last few months, I can’t quite let them go. 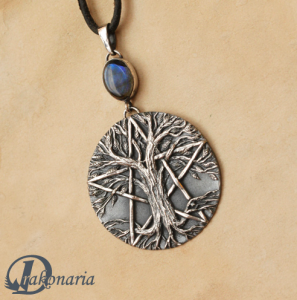 Tree of Life pentacle by Drakonaria

I hope you love this continuation of Kat’s story. There’s more complicated romance (I just can’t seem to keep it simple, and who wants simple, anyway?), more action, and plenty of surprises as more of Kat’s world is revealed. I came across these incredible pendants I had to share with you. The first is mostly because I love the tree of life – and it reminds me a little of Kat’s rune necklace. For the second pendant…the phoenix reference should be obvious to all of you who’ve read Dark Child. The pentacle, seen in both, is often used as a symbol of witchcraft, and there’s plenty of that in the sequel… 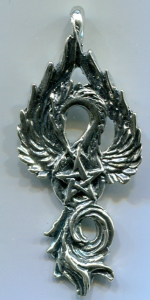 Most of you will have read Dark Child in serial form (Episodes 1-5) and it’s likely that the sequel/s will be released the same way. But please remember, if you prefer, you always have the choice of reading the complete novels, which is the way I originally write them. Episodes 1-5 (originally one novel) were re-grouped and made available as the Dark Child: Omnibus Edition concurrently with the release of Episode 5, and I’m pretty sure the sequel episodes when they’re released this year will similarly be made available as a collection – Omnibus 2?

Can’t wait to share it with you, and I promise I’ll be releasing plenty of excerpts as the release date draws closer. And of course I’ll let you know an official release date as soon as I’m given one.

Please comment and let me know if you don’t have access to Facebook for whatever reason, as that’s the place I’m most likely to post quick updates, excerpts and so on. If you are on Facebook and haven’t already done so, go and ‘like’ my author page here. That way you should get the very latest updates. Oh, and I recently posted my ‘inspiration montages’ for Alek and Amarok over there. Let me know what you think!

And because I don’t get the chance to say it often enough, I want to thank you all for your incredible support. For buying Dark Child, for reading it and re-reading it and loving it as much as you do. Every email, or message on Facebook or Goodreads, every tweet on Twitter or comment on a blog post from one of you saying how much you’ve enjoyed this story means so much to me.

2 Responses to A quick update on the Dark Child sequel…